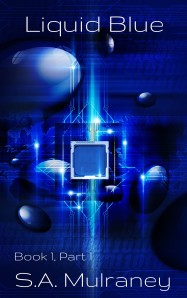 Well, I’ve thrown my hat into the permafree ring. Liquid Blue, Book 1, Part I is now being price matched on Amazon for $0 (and is priced so elsewhere). While I’ve given away copies of my books before through the Select program (my Andy Rane books), this is my first foray into the permafree realm. Pick yourself up a copy. It’s a fun read and, hey… it’s FREE! 😉

Having watched others go down this road, it seems to be a legitimate way to do things, especially when writing a series. The trick with free seems to be getting folks to actually read it, as so many are apt to simply pick it up for the price and never turn to page 1. Maybe once I have Part III out (end of August), I’ll think about marketing the free part.

Do you have a permafree book? How has it worked out for you? 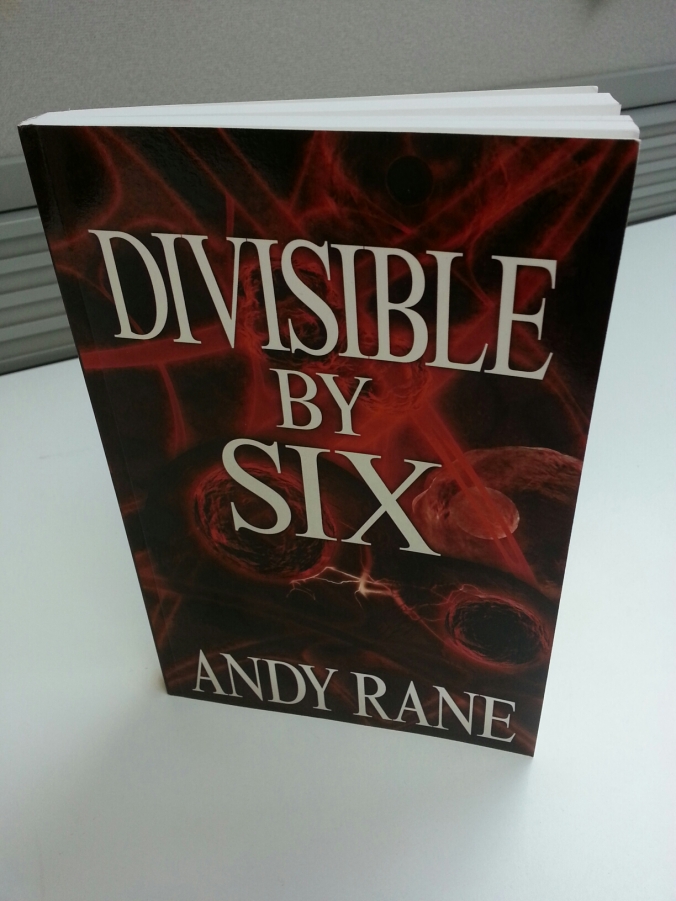 There’s nothing quite like getting a new book proof in the mail. This is only the second paperback I’ve produced (via CreateSpace), so it’s still very special. Though the cover looks awesome, apparently my formatting wasn’t. Spent about 5 hours last night hunting silly little errors that got warped between my ebook template and the paperback template. Should be available on Amazon by the weekend. 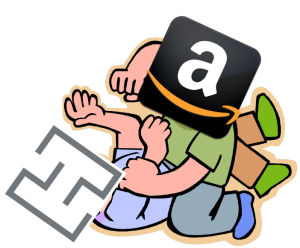 If you’ve been following the soap opera of Amazon vs Hachette and vice versa, you know that it’s created quite the rift between traditionally published authors (some of whom are also betrothed, contractually, to Hachette) and independently published authors. Barbs have been thrown between author groups, but for the most part, the actual parties involved have been cautious in their public declarations. Amazon released its most recent statement yesterday, in the form of a letter that tries to explain the benefit of lower ebook pricing to all parties involved.

There are two parts of this statement that stuck with me:

“While we believe 35% should go to the author and 35% to Hachette, the way this would actually work is that we would send 70% of the total revenue to Hachette, and they would decide how much to share with the author. We believe Hachette is sharing too small a portion with the author today, but ultimately that is not our call.”

That last part is a smooth move on Amazon’s part. Nothing like telling trad pubbed authors just how much bank they’re losing due to their contracts. It’s definitely an attempt to try and sway Hachette’s foundation of authors. I don’t see anyone budging anytime soon, but if other publishing houses start making deals with Amazon without all this fuss, I bet we’ll see Hachette bend in the end.

What do you think?

“…what is clear is that strong indie sales will continue and indie books are now a significant and permanent part of the book publishing landscape.“

Self publishing is becoming more and more legit. Are you on board?

So, I started writing this paranormal story years ago (Clock Smyth). I’m not big into werewolves or vampires, so I sort of made up my own extrasensory ability. I don’t want to give it away, because that’s not the point of my post. 😉

Anyway, as I developed the story, I sort of ran out of gas. It’s sat idle for a very long time now. But, recently, the gears started grinding again. I like the idea so much, but there’s something about it that’s been bothering me. I kept coming back to this one secondary character that seemed to be dominating the plot, but wasn’t who or what I was really interested in.

It finally dawned on me that this particular character and thread were distracting me from what I really wanted to get to. You see, they were too paranormal for my paranormal story. What I wanted to write was a story about something crazy happening to a single character and how he reacts to a mind-bending new ability. I envisioned multiple episodes where this new ability cause both good things and bad. The possibilities are truly endless. However, what I ended up with was a story about two characters with paranormal abilities who end up chasing one another around to some unknown end. Cyclical, tunnel-visioned, and limiting.

So, I have to start over with the story, but I think it’ll be for the best. I’ll only be “throwing away” a couple thousand words. Been there, done that. Sometimes it’s right to let characters take over the story. It can be fun to see where they take you. But, if it draws you away from the plot you had intended, perhaps that character isn’t meant for that story. In that case, they’re getting in the way of what you’re really after. Maybe they need their own story, or maybe their details can be diluted out of one character and into less-dominant secondary characters. You should never be afraid of staying true to your vision, even if it means going back to the beginning. 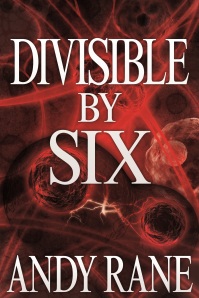 I’m giving away ten (10) signed copies of the paperback version of my pseudonymous suspense/thriller, Divisible by Six, over at Goodreads. Book 2 in a trilogy, Divisible hits the ground running and races to an exciting finish. The fast-paced sequel picks up right where its well-received (avg 4.0 out of 5 stars on Amazon [21 reviews]; avg 3.93 stars out of 5 on Goodreads [44 reviews]) predecessor, Multiples of Six, left off.

If you’re a self-published author with a paperback, I highly recommend doing a giveaway over at Goodreads. It’s a simple and efficient way to generate interest in your book, and you might just get a review or two from it.

Haven’t heard of Goodreads?! Get thee to Goodreads! It’s a great place to do quiet marketing, be part of a book-loving community, and maybe sell a book or two.

It’s been a bit slow in coming, but the paperback version of my suspense/thriller, Divisible by Six (by Andy Rane) will be available in paperback shortly. Created by my good friend, James Cornette, I’ve very excited about finally seeing this book in print. While James isn’t a regular cover designer, he’s an amazing artist and a fan to boot! Major props to him for crafting this awesome cover for me. You should check out his website, especially his sketch work from this year. Awesome stuff. 🙂 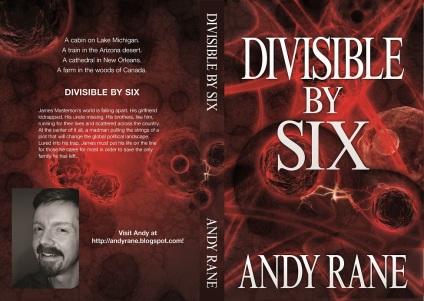 So, as I mentioned in a previous post, I’m helping a producer to help make a self-publishing series on local access TV. Well, tonight, I sat in as the interviewee (ie, guinea pig) to audition potential show hosts. My job was simply to sit off camera and answer their questions. Their job was to throw questions out and look like an attentive show host. Some of them made my job easy. Others, not so much.

To be honest, I’m not sure how the candidates were vetted. And, it was clear that some were a) more prepared than others and b) had a clue about being a show host. Others seemed like they thought, “Yeah! Host a TV show! Piece of cake!” It was quite an experience. I didn’t have the questions ahead of time, so I just had to answer off the cuff. Some questions were presented better than others. Some questions I was able to answer with more confidence than others. The worst had to be the potential host who started the interview with, “So, what can you tell me about self publishing?” Seriously?! We’ve got 7 minutes! I could fill an entire hour talking about self publishing (easily!). That’s like asking a scientist to tell you about science. Let’s get a bit more granular. Let’s just say, he didn’t make my final cut (though I have nothing to do with the choice). 😉

After going through the process, I became very aware of just how often I say “uh” and “umm.” Gotta work on that. I also have a little more appreciation for folks who do guest interviewing. It’s not an easy process. You’re essentially trying to have an entertaining guided conversation with someone in an effort to teach the viewers something about the subject and the person. There was a distinct difference between the hosts who were absorbing what I was saying and utilizing that info to lead their next question (as you would in a conversation) and those who spent the time when I was talking focusing on what they wanted to say or ask next.

A few other random details… the show will be 10 episodes long, with each episode containing 3 seven minute interviews. That’s 30 self-published authors! The show will start filming in August and the first episode will appear in September. For those of you lucky enough to live within shouting distance of Princeton, NJ, you’ll be able to watch the series on Princeton Community TV. The not-so-lucky will just have to wait until I post the YouTube channel links. I’m really looking forward to seeing the end result. I think with that many authors, this might be a great resource for those looking to self publish. The more perspectives the better! Stay tuned! 🙂 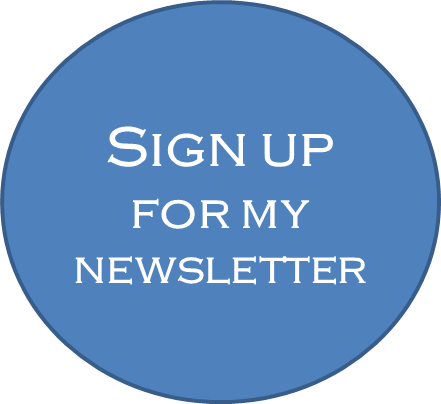