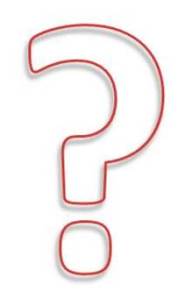 I always think it’s fascinating to find out where the thread of someone else’s story originated. I guess it’s because I remember (for the most part) how each of the stories I’m working on came to be. There was that “Ah-hah” moment where I was like, this is a story I need to write.

It can be frustrating, as a young/new writer, to not have a “novel” idea. It seems like everyone and their brother has a book idea except you. Trust me, we’ve all been there. For every novel idea I have cooking right now, there were probably a dozen false starts back in the day. And, it wasn’t until I actually finished that first novel that I realized I could do it; that I could actually write a novel. Of course, then came the fear that I had only one semi-decent idea in me and that was going to be it. Again, it’s an understandable fear and one that only becomes humorous when you’re on the other side with some ideas under your belt.

Now, of course, my greatest fear is that I will never have enough time to tell all of the story ideas I have. If you look on my site, you’ll see, in the right-hand margin, my list of WIPs (works-in-progress). It’ll take upwards of 3 years for me to finish all of that… if I’m lucky. And, I’m sure something else will plant itself into my mind between now and then, and add to the list.

That beind said, I’ve gotten my ideas from sleeping dreams (Danny Dirks), daydreams (Multiples of Six), artwork (Ash), and my own personal fears (Clock Smyth). I don’t quite remember where I got the idea for Liquid Blue. I think it might have simply stemmed from the opening scene, but as a huge Star Wars fan I’ve always wanted write a sort of space opera with aliens and stuff. 😉

And, mind you, like a shiny pearl, these ideas started with a single grain. Danny Dirks started with the main character’s name; Multiples of Six started with me thinking how creepy it would be to be alone in a house and have someone suddenly calling out your name; Ash was born from trying to figure out who this little girl with the dead eyes was; Clock Smyth started with the idea of someone being struck by lightning and being left with an undesirable ability. Every good idea starts with something small and gets built up over time. Sometimes it comes quickly. I had the plot to Danny Dirks outlined in a day and written in 6 months; Multiples took me 5 years to finish.

So, if you’re an aspiring writer, fear not. The ideas will come. Keep your eyes and ears peeled, but don’t agonize over not having that novel plot. Start small. Vignettes can often lead to a larger plot, if the situation allows for it. Keep your mind open to all possibilities. Never say, “Oh, that’s a great idea, but I could never write that” or, “Good idea, but I don’t write scifi.” Try it! You never know what will work.

How about you? Where have you gotten your ideas from?

5 thoughts on “Where do you get your writing ideas?”