Some of you might remember that I ran a Goodreads giveaway for my new YA fantasy novel. I was using a new tactic that involved a shorter time frame, fewer books, and a broader audience. 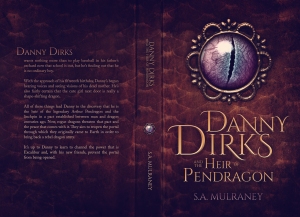 The giveaway began on August 27th and ended on September 7th. A total of 1409 people entered to win 1 of 5 books. Yay! Over 650 people added the book to their “to-read” list. Yay! The winners came from around the globe, with a representations from Peru, Romania, Italy, Great Britain, and the US.

So, did it do anything for sales of the book? No. Boo! In fact, since the contest has ended, the number of folks with it on their “to-read” list has dropped slightly. This makes me believe that they only added it because of their potential to win it. Anyway, it doesn’t make me any less enthusiastic about sending out copies to the winners. And, I think I might just run another giveaway soon to try and spur further interest.

Good thing I had that BookBub run to lift my spirits. 😉

One thought on “Goodreads Giveaway Postmortem”